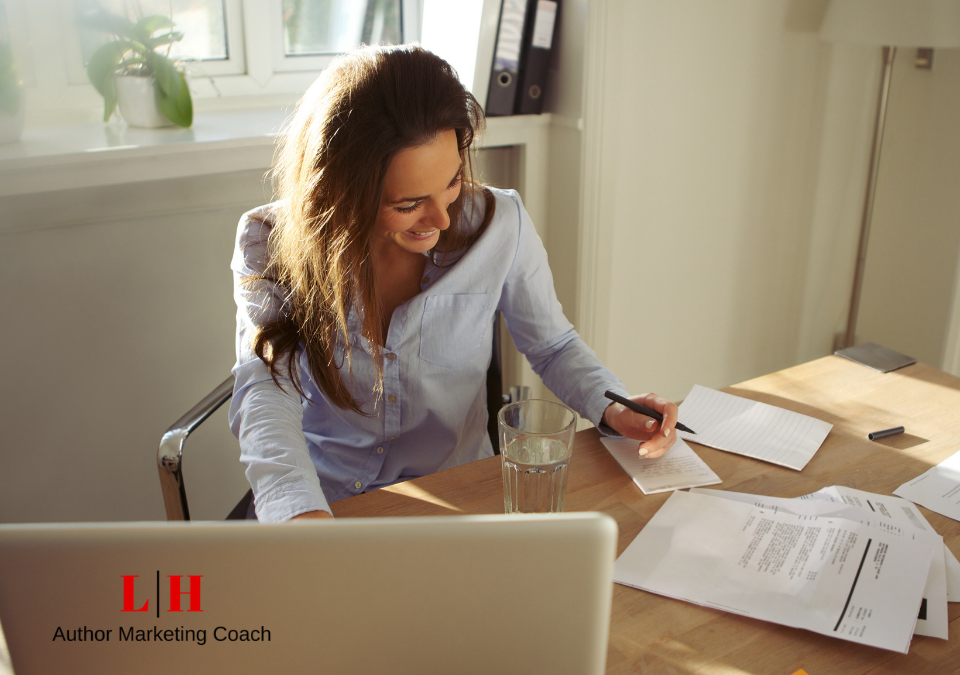 When I decided to write my first book I didn’t consult with anyone on the writing process I just started writing. I knew I had a unique perspective on how to develop a plan for small business owners and marketing professionals who had never created a marketing plan before. Those I had already helped applauded my use of layman’s terms and my ability to make it simple enough that busy professionals could still execute, so I thought it would be easy for me.

I didn’t have the luxury of being a full-time writer, I had a business to run and client work to complete.

I would work on weekends while my husband and step-son played video games, played catch or watched movies. During the week after all the networking and client work was done I would settle in to work on my book. I would work into the wee hours of the morning – drawing the criticism of my husband.

Even though he was my biggest supporter, all he saw at the time was me pouring time and energy into something that wasn’t bringing in any revenue for the business. We had only been in business a few years so we were still struggling and despite the fact that he was the first person to tell me I should write a book, his confidence waned in the face of the obstacles we were facing. He would question why I was spending so much time on it (he would always apologize later and now fully admits it was only out of frustrating of seeing me work myself so hard).

His objections were hard to stomach, but I had committed to the project and was determined to finish. I would hear his complaint, but would hunker down, as is my style, and plow ahead. I didn’t have anyone to bounce ideas off of or ask if this were normal. I just knew I wanted to finish what I had started and was bull-headed enough not to let him derail me.

The more I worked, the more the books started taking form and the more I witnessed something magical. Those moments provided fleeting moments of exhilaration, followed by deep doubts I would ever finish or anyone would ever read it.

Writing a book, I found out, was a rather lonely process.

When Marketing Chomp was finally published, I set out writing my second book, which was published one year later. Getting two books published within 12 months of each other wasn’t easy, but I got it done – and I learned a lot in the process.

The reason I expanded my marketing coaching services to other authors is because I’ve lived that isolation and that frustration. I understand the temptation of simply putting the manuscript aside and giving up. I know what’s like to have someone question the time you’re investing.

If you’re writing a book you need someone who can encourage you, hold you accountable to your goals and speak candidly.

If you want accountability, encouragement and to learn how to market your book call +1.888.723.7194 or email me at Leah@visionforcemarketing.com to find out if you’re a good candidate for my marketing coaching program for authors.