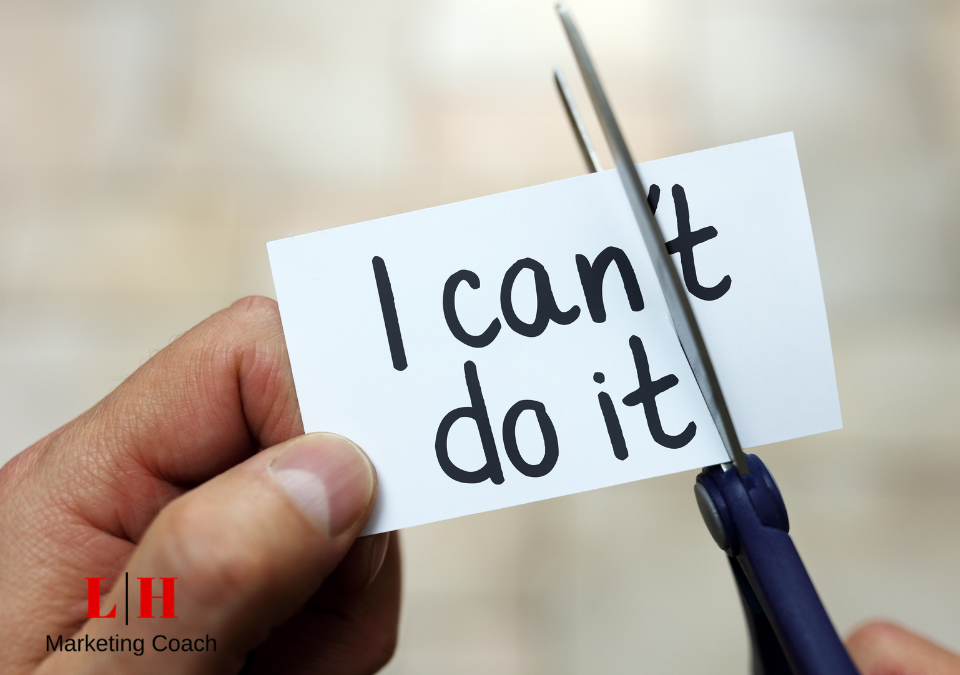 What could be the most important piece of business advice for your small business?

Write Down Your Marketing Strategy

This goes beyond writing out simple goals and superficial “wants” as in, “I want more revenue” or “I’d like to increase customer engagement”. What I’m talking about is the plan to back all of that up – your marketing plan.

There are three key elements that make up a marketing plan.

It really does start with identifying your big vision and outlining your objectives. From there, you have to back it up with some sort of action. Those actions are what make up the key components of your marketing plan.

Your action plan is essentially the steps you will take to achieve your objectives in order to fulfill that amazing vision you have. The best advice for your small business is to actually identify what it is that you’re going after this year.

Yes, THAT! That’s the “thing” I’m talking about!

If part of you just said, “oh, crap, she means _________” and you filled in the blank with that thing you KNOW you need to do, then this is was written just for you!

Now that you’ve you identified it – what’s next?

You need to tell someone. Yes, you heard me. Remember, if you never say it out loud, if you never dare to share it . . . you’ll never do it. Why?

There’s no accountability and no risk if you don’t tell anyone.

If you decide to just coast and not take any action towards that particular thing, what will it matter? No one will know, no one will be asking for updates and your life will be the same at this same time next year – you’ll just be one year older and have lost an entire year. There will be no pain and no consequences, other than the pain of lost opportunity.

If you tell people about this big dream you have, people will start asking you how you’re doing on it. There will be pain and embarrassment if you don’t complete it! You may even risk a bit of your integrity if you don’t get it done.

Here’s a little secret of my own – I told the world about my book before it was finished. I declared it was going to be published in October before the manuscript was even in respectable book form!

Why would I do something so bold you ask?

I knew if I told people, in order to save face I’d HAVE to do it. Yes, I did a lot of praying for inspiration, and I worked into wee hours of many mornings . . . but I not only finished it, it was completed ON TIME! Even my publisher laughed at my aggressiveness! He has since learned I do what I say. ?

Here’s the thing, for about 2 years I would read other peoples’ books and think “If they can write this, why can’t I write a book?” or “I can write just as well as this author” and finally, “I have something to teach people and I better do it before someone else does!”

I had the cover art done so I could start marketing the book – yes, before the book itself was even done. I started creating buzz around it and guess what, then more people would ask about it. The more I talked about it, the clearer some of the objectives came and it really helped me polish some of the chapters which up to that point had been a little rough.

The book was published, released on Amazon, then for Kindle and then the audio version, then received expanded distribution.

If I had never boldly claimed such high aspirations, I most certainly wouldn’t have completed another book in those next twelve months and I wouldn’t be in the middle of writing two additional books now.

What’s your next step?

This is where you need to get a game plan together. Whatever your thing is you need to ask yourself:

Create a roadmap for yourself of how you’re going to accomplish all of the above.

Hopefully, you get the idea, and if you need more structure – guess what? I literally wrote the book on it! Seriously, this isn’t a sales pitch, but if you sincerely need help then you’re who I wrote it for so check it out.

If you’ve got a solid idea of how to create your roadmap – then get it done . . . NOW. Don’t delay, otherwise, another month will go by, then before you know it will be next year and you won’t be any closer to that crazy big idea then you are now.

We all fail a lot! We just don’t usually brag about that stuff, but we do – if we’re honest. So, stop living under the guise of not wanting to look stupid – put it out there!

People WILL support you! People WILL encourage you! And guess what, what usually happens is people will connect you with people to help you make that thinghappen!

But, they can’t help if they don’t know about it!

IDENTIFY it, WRITE it down, TELL people about it & CREATE YOUR ROADMAP!!

If you don’t try – how will you ever know what could have been?

Go out and make this happen!